it's all about the Performance Testing

SOAP was originally part of the specification that included the Web Services Description Language (WSDL) and Universal Description, Discovery, and Integration (UDDI). It is used now without WSDL and UDDI. Instead of the discovery process described in the History of the Web Services Specification section below, SOAP messages are hard-coded or genereated without the use of a repository. The interaction is illustrated in the figure below. 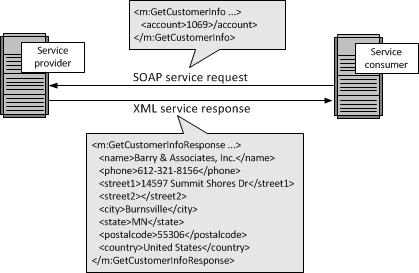 SOAP provides the envelope for sending Web Services messages over the Internet/Internet. It is part of the set of standards specified by the W3C. SOAP is an alternative to Representational State Transfer (REST) and JavaScript Object Notation (JSON) 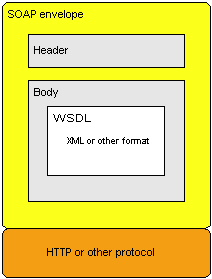 SOAP commonly uses HTTP, but other protocols such as Simple Mail Transfer Protocol (SMTP) may by used. SOAP can be used to exchange complete documents or to call a remote procedure.

NOTE: SOAP at one time stood for Simple Object Access Protocol. Starting with SOAP Version 1.2, the letters in the acronym have no particular meaning.

This entry was posted on March 22, 2016 by venkat matta in Webservices.